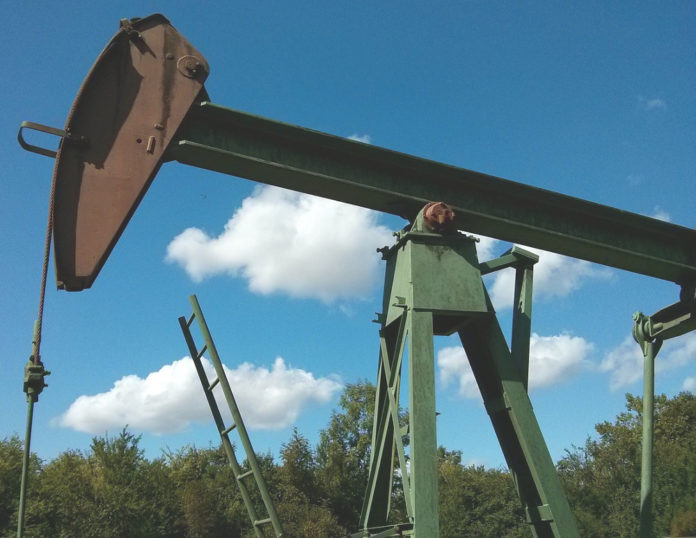 The book on “The deception of fossils i.e. how combustions have changed our lives”, is well designed within the IPCC’s work guidelines and, in particular, in the articulation of the topics discussed at the last COP22 in Marrakech as an extension of the COP21 in Paris 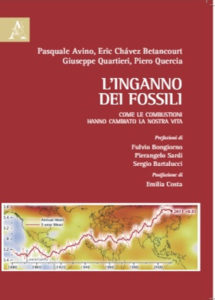 The starting is based upon the application of the system approach to energy management and climate change as inspired by the antique Grecian Philosophy of the Plato five geometric solid figures representing the natural forces and elements of energy.

The main purpose is to demonstrate that the anthropic component has his relative importance in the World Climate Change a part the old standard physics approach to the glaciation age natural climate changes.

The book on “The deception of fossils i.e. how combustions have changed our lives”, is well designed within the IPCC’s work guidelines and, in particular, in the articulation of the topics discussed at the last COP22 in Marrakech as an extension of the COP21 in Paris.

To this purposes, the book topics tries to show a growing number of ideas and data in support of the main thesis aimed at demonstrating the deception of fossils. It illustrates the nano-informational theories of bacteria, the semi-organic spatial, the spatial insemination by Carlo Sagan or the Hoyle Feed. The origin of life is projected through extreme bacteria; the saving, purifying and energy possibilities of the same; the consequent possible control of the urban and world environmental carcinogenesis. The concept of a “non-shareable”, not “natural” or acceptable, “happy decline” is rejected, re-evaluating the nuclear energy component in the harmony of all the possible energies.

So the book understresses the importance of a new and modern ecologic point of view based upon an ecologic thinking against the arrogant oil (carbon and gas) based thinking of the doom ecologists.

This volume developed by the 4 authors is extremely timely, worthy of the scientific, descriptive, divulgater and innovative view of the modern approach to systems applied to ecology. The IPCC approach, developed by almost a thousand scientists of all the World, has become more and more detailed as the authors of this book point out. Starting from the first chapter, in which the System Approach to Energy/Ecology is presented in an original and incisive way, the book demonstrates, in a growing number of ideas and data, the main thesis that aims to expose: the deception of fossils.

Peculiarly, some comments and complains are developed inside the views of the Ecology Thinking vs some standard high level (Nobel Price) scientists and their reasons to reduce or cancel nuclear power plants due to their eventual correlation to war aspects.

The book continues to describe the nano-informational theories of bacteria, non-evolutionism or creationism; nano-bacterial or semi-organic spatial information, spatial insemination at Carlo Sagan, or Fred Hoyle. Prostate the origin of life via extremophile bacteria (such as Ralstonia Detuscolanense in LENR reactions). It mentions the salvaging, purifying and energy possibilities of these extremophiles bacteria (surviving in nuclear waste and polluting dwarf metallic veneers, etc.).

This results in the possible control, through bacteria, of urban and world environmental carcinogenesis. Approximately twenty-five percent (25%) of the emissions depend on a desertification agriculture produced by wrong and chemical GMOs without natural salvage bacterial flora. It then aspires to no more chemical but natural nutrition. People want a natural way of life, a biotechnological civilization that saves evolution and biodiversity, and does not rely on a synthetic tumorigenic earth. Modern, prepared and rational man no longer wants to die for 40% of cancers caused by carcinogenesis of air and food and the remaining 60% due to cardiovascular diseases that have increased dramatically caused by pollution, especially that of the city heating by combustions.

So the concept of “sustainability” is dealt with even if it is deceptive, super-abused and misunderstood. Since sustainability is not measurable then it is not a scientific magnitude. Standard ecological culture takes advantage and abuses the concept of sustainability without measure, just like the concept of energy efficiency. This way towards the “happy decreasing” is advocated by dummy ecologists in the extreme. However, this approach is not strategically shared but, above all, it is not scientifically “natural” or acceptable. The fear of disaster leads to the need for “sustainability”. With the pursuit of sustainability, power (energy and economic) raises the foolish people. So, we re-evaluate the nuclear energy component in the harmony of all the possible and locally privileged energies of Nature. In this frame, reader could come to the chapter on knowledge of pollution: if you know it, you will avoid it. The overall effort of the book is to make the problem of pollution directly understandable.

The spirit of the book is closer to the predicates, principles, IPCC exposition and the progressive aspects of the IAEA, especially as regards the rational use of nuclear power. The approach also provides for the possibility of autonomous creation of de-localized microsystems in harmony with centralized (fossil and nuclear) energy production. So the ecological, energy and economic position (The 3E) is different from that professed by the majority of the world’s “ecological” culture associations, and sub-funded by oil tankers. This is one of the most important “deception” of the oil power.

Furthermore, the book has got an Appendix – in the English language – of the Comments to the “Laudato sì” Pope Francis Encyclical Letter. This is a very wide and difficult subject to comment and/or to complain. Happy degrowth requires reducing living standard of super developed people in favor of the underdeveloped countries people. This is a very difficult task whilst social injustice is continuing all over the World independent form the Climate Change.