Sos Enattos in Sardinia identified as the ideal site for the ET observatory. The extraordinary seismic silence makes the Nuoro site particularly suitable for hosting the gravitational wave observatory designed for the study of the universe

In order to implement a third – generation gravitational wave observatory, the Einstein Telescope – ET, able to observe cosmic processes with unprecedented sensitivity, a multidisciplinary team led by researchers from the National Institute of Geophysics and Volcanology (Ingv), the National Institute of Nuclear Physics (Infn) and the University of Sassari conducted a study on the dismissed metal mine of Sos Enattos, in Sardinia, thanks to the support of Igea S.p.A., the company that now manages the mine. Sos Enattos which is surrounded by a landscape of rare beauty in the province of Nuoro, is also close to Monte Albo, declared a site of community interest by the European Union (SIC). The site is now the Italian candidate to host the new observatory.

The multidisciplinary study, in which researchers from Ingv, Infn, the Universities of Sassari, Padua, Sapienza of Rome, “Federico II” of Naples, the Gran Sasso Science Institute (GSSI) and the European Gravitational Observatory of Pisa participated, had the aim of seismologically characterizing the Sos Enattos site. It has demonstrated its full suitability to host ET. The results of the study “A Seismological Study of the Sos Enattos Area – the Sardinia Candidate Site for the Einstein Telescope” have just been published in the international journal Seismological Research Letters.

Einstein Telescope (ET) will be a highly sensitive instrument that will contribute decisively to improve our knowledge of the universe and the physical processes that govern it. For this, it will be able to play a key role worldwide in research in the field of gravitational waves, from both a scientific and infrastructural point of view.

Therefore, it is considered a strategic project by the European scientific community, and is supported by several countries including Italy, which last September, through the Ministry of University and Research, nominated it for the next ESFRI European Strategy Roadmap 2021 Forum on Research Infrastructure, the European strategic forum that identifies the future major research infrastructures in which to invest at European level.

To operate at its best, the ET observatory requires a geologically stable and sparsely inhabited area; the vibrations of the ground (of either artificial or natural origin) can in fact mask the weak signals generated by the passage of a gravitational wave. Sardinia and Limburg – a region at the borders between Belgium, Germany and Holland – are the candidate sites to host it.

“The seismological characterization of a site”, explains Carlo Giunchi, researcher at Ingv, “means measuring the background vibrations of the soil caused by natural sources and anthropogenic activity. We have therefore installed, in collaboration with Infn and the University of Sassari, some seismometers at the Sos Enattos mine to analyze, down to the minimum values, the amplitude and frequency of vibrations and understand their main sources.

From the recordings, it emerged that we are dealing with one of the quietest sites in the world, a feature that makes it particularly suitable for the installation of the ET telescope which only in such conditions maximizes its capabilities for detecting cosmic events. In addition, one of the sensors installed has become part of the Ingv National Seismic Network, which is thus enriched with a high- quality measurement station”.

“The study of gravitational waves”, continues Luca Naticchioni, Infn researcher, “is very important because it allows to shed light on cosmic phenomena such as the fusion of binary systems of black holes and neutron stars, providing valuable information for fundamental physics and for the study of the evolution of the universe. These phenomena, which occur at enormous distances, cause perturbations in the “fabric” of spacetime that can be observed from Earth by laser interferometry with extremely sensitive and complex detectors. The study of the Sos Enattos site, a candidate to host ET, involved entities with different disciplinary characterizations, such as Infn and Ingv, but with interesting complementarity”.

“The next step”, adds Domenico D’Urso of the University of Sassari, “will be to characterize the subsoil of the site in question because the large gravitational wave detector will consist of a system of underground tunnels arranged in a triangular shape that will host very high precision laser interferometers. These measurements will be necessary to understand how to fine-tune the tunnel system, while identifying the sources of the noise and minimizing the related effects”.

“Finally”, concludes Gilberto Saccorotti of Ingv, “we foresee the installation of a large number of seismometers which, functioning as an antenna, will allow to measure the propagation directions of the elastic waves that compose the seismic noise, thus permitting an improved understanding of its causative phenomena. The collaboration established for this study has produced an exceptional synergy between the various Research Bodies and Universities, providing solid foundations for a wide-ranging and long-term project such as ET, and offering results of immediate use for the seismic monitoring, constantly implemented by Ingv throughout the national territory”.

Calabria, Its original position alongside Spain and France reconstructed 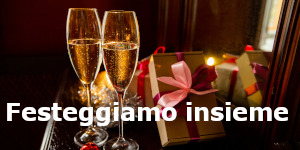