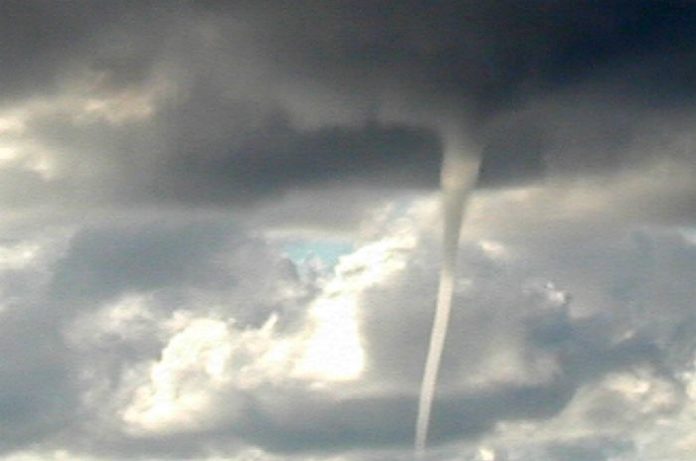 Weather and climate are marked by record extremes in many regions across the world since January 2007. In January and April 2007 it is likely that global land surface temperatures ranked warmest since records began in 1880, 1.89°C warmer than average for January and 1.37°C warmer than average for April. Several regions have experienced extremely heavy precipitation, leading to severe floods. The Fourth Assessment Report of the WMO/UNEP Intergovernmental Group on Climate Change (IPCC) notes an increasing trend in extreme events observed during the last 50 years. IPCC further projects it to be very likely that hot extremes, heat waves and heavy precipitation events will continue to become more frequent.
WMO and the National Meteorological and Hydrological Services of its 188 Members are working with other UN Agencies and partners towards the establishment of a multi-hazard early warning system. Furthermore, they are putting in place sustainable observation systems needed for monitoring and assessing the impacts of climate change and determining the adaptation priorities for the most vulnerable countries.

Heavy rainfall, cyclones and wind storms
During the first half (June-July) of the Indian summer monsoon season, four monsoon depressions (double the normal frequency) caused heavy rainfall and floods in India, Pakistan and Bangladesh. Many stations reported 24-hr rainfall exceeding 350 mm. These monsoon extremes and incessant rains caused large-scale flooding all over South Asia, a situation that continues even now, resulting in more than 500 deaths, displacement of more than 10 million people and destruction of vast areas of croplands, livestock and property.
Cyclone Gonu, the first documented cyclone in the Arabian Sea, made landfall in Oman on 6 June with maximum sustained winds near 148 km/h. Gonu moved through the Persian Gulf making a second landfall in the Islamic Republic of Iran. In Oman, the cyclone affected more than 20,000 people and was responsible for more than 50 fatalities.
Heavy rains during 6-10 June ravaged areas across southern China. Flooding affected over 13.5 million people with more than 120 fatalities due to floods and landslides.
In England and Wales the period May to July in 2007 was the wettest (406 mm) since records began in 1766, breaking the previous record of 349 mm in 1789. The extreme rainfall in June, with 103.1 mm of rain recorded in 24 hours during 24-25 June in northeast England, was followed by a similar event with 120.8 mm of rain on 20 July in central England. Both events resulted in extensive flooding across parts of England and Wales. At least nine people have died and damage is estimated at more than US$6.00 billion.
With 126 mm (normal for 1961-1990: 71 mm], Germany experienced its wettest May since country-wide observations started in 1901. In sharp contrast, the previous month was the driest April since 1901 with an average of 4 mm (7% of the 1961-1990 normal).
A powerful storm system affected much of northern Europe during 17-18 January 2007 with torrential rains and winds gusting up to 170 km/h. There were at least 47 deaths across the region, with disruptions in electric supply affecting tens of thousands during the storm. Initial estimates of losses were reported as 3-5 billion Euros.
The worst flooding event in 6 years hit Mozambique in February. An estimated 30 people were killed and 120,000 evacuated from the central Zambezi basin. Additional flooding and loss of life was attributed to the landfall of tropical cyclone Favio on 22nd February.
Abnormally heavy and early rainfall in Sudan since the end of June has caused the Nile River and other seasonal rivers to overflow, resulting in extensive flooding and damaging more than 16,000 houses.
In May a series of large swell waves (estimated at 3-4.5 meters) swamped some 68 islands in 16 atolls in the Maldives causing serious flooding and extensive damages.
In early May, Uruguay was hit by the worst flooding since 1959. Heavy rainfall in portions of Uruguay produced floods that affected more than 110,000 people and severely damaged crops and buildings.

Heat Waves
Two extreme heat waves affected south-eastern Europe in June and July, breaking the previous records with temperatures exceeding 40 °C. Dozens of people died and fire-fighters worked around the clock fighting blazes devastating thousands of hectares of land. On 23 July, temperatures hit 45°C in Bulgaria, setting a new record.
In May a heat wave affected areas across western and central Russia breaking several temperature records. In Moscow, temperatures on 28 May reached 32.9°C, the highest temperature recorded in May since 1891.
In many European countries, April was the warmest ever recorded with the temperatures reaching more than 4°C over and above the long-term mean in some areas.
Recognizing the severe health impacts of heat waves, the WMO and the World Health Organization (WHO), are at an advanced stage of preparing Guidance on the implementation of Heat Health early Warning Systems (HHWS).

Climate Change and Extremes
According to the most recent climate change scientific assessment reports of the joint WMO/UNEP Intergovernmental Panel on Climate Change (IPCC), the warming of the climate system is unequivocal. Eleven of the last twelve years (1995-2006) rank among the 12 warmest years in the instrumental record of global surface temperature. The 100-year trend (1906-2005) is 0.74°C. The linear warming trend over the last 50 years (0.13°C per decade) is nearly twice that for the last 100 years. Paleoclimatic studies suggest that the average Northern Hemisphere temperatures during the second half of the 20th century were very likely higher than during any other 50-year period in the last 500 years and likely the highest in the past 1,300 years.
IPCC further notes that there has been an increasing trend in the extreme events observed during the last 50 years, particularly heavy precipitation events, hot days, hot nights and heat waves.
Climate change projections indicate it to be very likely that hot extremes, heat waves and heavy precipitation events will continue to become more frequent.

Additional facts:
An unusual cold winter season brought winds, blizzards and rare snowfall to various provinces in South America with temperatures reaching as low as -22°C in Argentina and -18°C in Chile in the beginning of July.
On 27 June a winter weather front moved across South Africa bringing the country’s first significant snowfall since 1981 (25 cm of snow in parts of the country).
In India, a heat wave during mid-May produced temperatures as high as 45-50°C.
Many European countries had their warmest January on record. January temperatures in The Netherlands were the highest since measurements were first taken in 1706, averaging about 7.1°C (2.8°C above 1961-1990 average) while in Germany the temperatures were 4.6°C above the 1961-1990 average.An increase in intense tropical cyclone activities in the North Atlantic since about 1970 has been observed.

This information is based on inputs received from several WMO Members and with the collaboration of the NOAA National Climatic Data Centre (NCDC), USA, Germany’s National Meteorological Service, the Deutscher Wetterdienst (DWD) and the Met Office, UK. It includes an indicative but not exhaustive coverage of the observed weather and climate extremes. More comprehensive information on weather and climate anomalies observed in 2007 will be provided towards the end of the year.
(08 Agosto 2007)