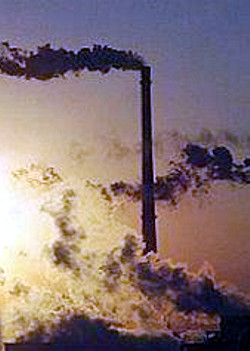 Greenpeace today challenged G20 leaders attending this week’s summit in Cannes to deliver on their pledge (1) to cut fossil fuel subsidies and instead invest in green jobs, in response to the current global financial, economic, and environmental crisis.

A World Bank report prepared for the G20 (2) shows that if developed countries (3) transferred $10 billion from fossil fuel subsidies to climate finance, this could kick start the $100 billion Green Climate Fund and pay for real solutions that cut emissions, create jobs and help the most vulnerable countries adapt to climate change. This $10 billion funding would represent only 20 percent of the current spend on climate-destroying subsidies.

«G20 leaders must deliver on their 2009 pledge by setting a clear timetable for cutting fossil fuel subsidies – said Patricia Lerner, Greenpeace International Senior Political Advisor -. Instead of lining the pockets of oil companies during a time of financial crisis, this is an opportunity for world leaders to act in the interests of the people instead of polluting corporations».

Greenpeace is calling on the G20 to formulate a timetable for the phase-out of fossil fuel production subsidies. The consumption subsidy reforms required for this phase-out need to be delivered through socially just transition plans, designed to protect the poor in developing countries.

The international environmental organization also issued a checklist today of four key criteria for a successful G20, calling on leaders to honour their promises to protect their citizens from the climate crisis, which will make the current economic crisis look small, if leaders fail to act decisively to prevent catastrophic climate change.

«Time is of the essence for bailing out the climate – Lerner added -. With just weeks to go before the climate summit in Durban, governments must show that the G20 can be a calming force for both the world economy and climate, by cutting polluting subsidies and shifting that money to create the green jobs and climate protection investments the world so urgently needs».

1.  The G20 leaders pledged to cut fossil fuel subsidies at their Pittsburgh meeting in 2009.

3. The OECD estimated the annual consumption and production subsidies of the 27 EU member states, Australia, Canada, Iceland, Japan, New Zealand, Norway, Switzerland and the United States amounted to about $40-60 billion per year in 2005-2010.