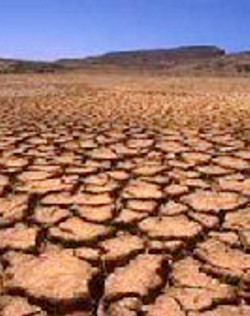 The monthly analysis from NOAA’s National Climatic Data Center, which is based on records going back to 1880, is part of the suite of climate services that NOAA provides government, business and community leaders so they can make informed decisions.

* Separately, the global ocean surface temperature was 1.03°F (0.57°C) above the 20th century average of 60.9°F (16.0°C) and the warmest on record for April. The warmth was most pronounced in the equatorial portions of the major oceans, especially the Atlantic.

* El Niño Southern Oscillation (ENSO) weakened in April, as sea-surface temperature anomalies decreased across the equatorial Pacific Ocean. The weakening contributed significantly to the warmth observed in the tropical belt and the warmth of the overall ocean temperature for April. According to NOAA’s Climate Prediction Center, El Niño is expected to continue through June.

* Based on NOAA satellite observations, snow cover extent was the fourth-lowest on record (since 1967), and below the 1967-2010 average for the Northern Hemisphere for the seventh consecutive April. Warmer-than-normal conditions over North America, Europe and parts of Russia contributed to the small snow footprint.

* The North American snow cover extent for the month was the smallest on record for April. It also was the largest negative anomaly, meaning difference below the long-term average, on record for any month.

* According to Australia’s Bureau of Meteorology, Victoria and Tasmania had their warmest 12-month period since national records began.