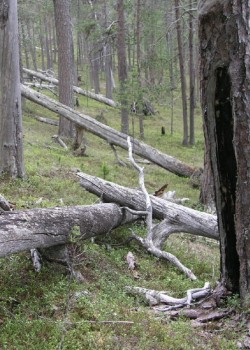 Welcoming today’s announcement by seven wealthy nations that they will provide USD 4 billion to help avert runaway climate change by preventing deforestation (The countries that have committed funds are: Norway, Germany, US, UK, Australia, Japan, France), responsible for up to a fifth of global greenhouse gas emissions, Greenpeace warned that the critical question of how the funds will be spent remains unanswered.

Greenpeace also considers the Indonesian President Yudhoyono’s announcement, made at the Oslo conference on climate and forests, of a two year moratorium on issuing new concessions for forest and peatland destruction to be a first step towards Indonesia meeting its greenhouse gas emission reduction targets of 41%. Such a moratorium was a precondition of the USD 1 billion deal with Norway. However, deforestation will continue unabated unless the moratorium is extended to cover existing permits, not just new ones and is put into action immediately, not months from now.

«Indonesia has taken a step in the right direction but before the ink on this agreement dries, the millions of hectares of our country’s forests and carbon rich peatlands that have already been allocated for destruction must be included in this moratorium for it to have any real and positive impact on the ground. This step must also be turned into a Presidential Decree with immediate effect», said Yuyun Indradi, Political Advisor Greenpeace Southeast Asia.

«These and future forest funds must be spent responsibly on measures that protect intact and other natural forests, including peatlands, because preventing their destruction has the greatest potential for reducing greenhouse gas emissions. Protection plans should also be country-wide because small individual projects can disrupt communities and merely push destructive industries to other parts of the forest», said Susanne Breitkopf, Greenpeace International forest campaigner.

Greenpeace warns that Redd can only be successful if strong safeguards are established to protect biodiversity and if indigenous people’s rights are included. It also warns against the funds being used to subsidise the logging and agri-business industries under the guise of so-called «sustainable forest management».