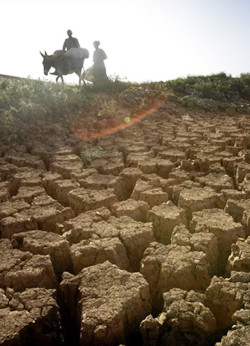 “Taking Note” of the Copenhagen Accord: What It Means

Is the Copenhagen Accord a binding document?

Not in a legal sense. In fact, the words “legally binding” were conspicuously removed from earlier drafts of the Accord by delegations that aren’t yet ready to enter into a legally binding instrument. But the Accord is “politically binding” on those countries that choose to sign up to it. A number of delegations publically expressed their approval of it during the final Conference of Parties (COP) plenary session. And the Convention Secretariat is setting up a process for governments to associate themselves with the Accord, and the names of their countries will be formally listed alongside the text.

But “politically binding” is not the same as “legally binding.” Politically binding-if anything-means that political consequences will flow from its breach-diplomatic responses, efforts at public shaming, withholding of discretionary funding, etc. In this sense, the Accord can be considered a strong, high level commitment by the countries that have adhered to it, and many groups are choosing to interpret it in this sense.

But didn’t the COP “adopt” the Copenhagen Accord at COP-15?

No. The COP “took note” of the Copenhagen Accord. Decisions by the COP require a consensus (if any Party present formally objects to a decision, it can block its adoption). That level of consensus was not possible in this case, and the COP rules don’t enable voting. While the 25 or so countries that were asked by the COP President to participate in a high level meeting of the “friends of the President” eventually accepted the Accord, at least four Parties spoke out against it (Tuvalu, Sudan, Bolivia, and Venezuela). In any event, COP decisions-even those agreed to by all parties-cannot by themselves legally bind Parties.

What does it mean for the UNFCCC to “take note” of the Copenhagen Accord?

“Taking note” of the Accord is a way for UNFCCC parties to formally acknowledge its existence. It is a way of recognizing that something is there, but not going so far as to associate yourself with it.

However, the decision to “take note” of the Copenhagen Accord does not change the nature of the Agreement; it does not, for example, give it the significance of a COP decision. However, it may give it greater significance than documents that parties submit during COP proceedings, such as those categorized as “miscellaneous” or “informational” (MISC or INF) documents.

The Copenhagen Accord can be made “immediately operational.” How is that possible?

However, the Accord also “decides” to establish a new “Copenhagen Green Climate Fund” to manage the billions of dollars pledged in Copenhagen. It provides that the Fund will be part of the Convention’s Financial Mechanism. This isn’t possible without a COP decision. Unless the all Parties can agree, at the next COP or later, money raised under the Accord will have to be managed outside the Convention.

A plausible argument could be made that since the Accord was adopted as a package, even those aspects of the Accord that would otherwise be immediately operational (such as the 31 Jan 10 deadline) won’t take effect until the other aspects, such as the establishment of the fund, also take effect.