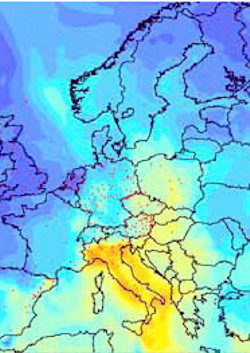 400 companies will implement climate friendly refrigerants. Since 1992, 400 million of hidrocarbon refrigerators have been sold to avoid HFCs

Greenpeace applauds the initiative announced today by the Consumer Goods Forum (CGF), the consortium of over 400 companies, to implement climate-friendly refrigeration using natural refrigerants1 beginning in 2015.

Hydrofluorocarbons, or HFCs2 are currently being used by many companies for refrigeration, and are among the worst of the greenhouse gases, far more potent than CO2. The announcement coincided with the opening day of the Climate Change conference in Cancun, Mexico.

«This is an extremely important first step, and will pave the way for major changes across the industry. We expect each of these companies to set forth a timeline by 2015 for complete phase out of HFCs – said Amy Larkin Greenpeace Solutions Director -. Now national and international policy makers must match these corporations’ targets by outlawing HFCs and making the transition to climate friendly alternatives both cheap and easy».

Natural refrigeration solutions exist today, using hydrocarbons, ammonia and carbon dioxide. In 1992, Greenpeace developed the first hydrocarbon refrigerator as a solution to avoid HFCs, since then, 400 million have sold globally3. Some natural refrigeration options are in widespread use, others nascent in the marketplace. As countries around the world ban HFCs, these newer technologies are expected to become the standard for cooling.

«With climate change negotiations in need of significantly increased momentum, this initiative from the corporate world is very much welcome. We hope it will inspire governments to proactively raise their level of ambition and demonstrate climate leadership in Cancun and beyond», said Wendel Trio, Greenpeace International Climate Policy Director.

The multi-company team charged with delivering the pledge is co-chaired by Unilever and Tesco and comprised of Coca-Cola, Carrefour, Ahold, Nestle, Pepsico, Procter & Gamble, Kraft, General Mills, L’Oreal, Walmart and many others. Greenpeace will work actively with the leadership of the Consumer Goods Forum to implement the phase out as swiftly as possible, and hopes that participating companies will be well on their way to total implementation by 2015. The CGF noted in its resolution, there remain some regulatory barriers to natural refrigerants. Greenpeace will collaborate closely with the CGF and committed corporations in the coming years to eliminate these barriers.

This initiative follows Greenpeace’s participation at the Consumer Goods Forum Sustainable Refrigeration Summit meeting last month, where Amy Larkin challenged the companies to come together and commit to a solution on refrigeration by 2015.

The CGF also released a Deforestation Resolution today wherein it pledged to mobilise resources to achieve zero “net” deforestation by 2020. With a focus on tackling specific commodities in the supply chain, and support for work to improve yields on existing cropland, the CGF work could be key in stopping deforestation globally. However, Greenpeace believes that CGF must put company actions at the heart of its work on deforestation and confirm that this is about stopping deforestation in natural forests, not about “net” reductions that leave the door open to replace forests with plantations.

Although Greenpeace is best known as a fierce opponent to corporate polluters, the organization also works in cooperation with big business when corporate leadership is ready to transform its actions on behalf of the environment.

1 Natural refrigerants, as the name suggests, are refrigerants that occur in nature that can be used in refrigerators and air-conditioners. They don’t significantly harm the ozone layer or the climate, they are often cheaper and more energy efficient than their fluorinated-gas (F-gas) counterparts, and they have been proven to work in virtually all applications. The three main natural refrigerants in use are hydrocarbons, ammonia and carbon dioxide.

2 HFC’s were invented to replace the ozone-depleting chemicals, CFCs, but have a very high global warming impact. Uncontrolled HFC consumption and emissions growth would make it much more difficult to avoid dangerous climate change. Yet alternatives for virtually every application of HFC exist today.

3 Greenpeace developed a hydrocarbon refrigeration technology, dubbed GreenFreeze as an alternative to HFCs in 1992. The organisation then marketed, gathered orders, and pre-sold 70,000 refrigeration units (in three weeks) for a German manufacturer in order to make the retooling of its factory worthwhile. Since March 15, 1993, when the first GreenFreeze refrigerator rolled off the assembly line, 400 million units have been sold in Europe, Russia, Asia and South America by leading brands including Whirlpool, Bosch, Panasonic, LG, Miele, Electrolux, and Siemens. Greenpeace’s achievement was recognized by the United Nations Environment Program in 1997, when GreenFreeze received the prestigious UNEP Ozone Award. Greenpeace open-sourced the technology and has received no financial remuneration or royalty for developing the product.

The hunger of the many and the obesity of the few

Ugo Leone - 1 Giugno 2009
Title: The hunger of the many and the obesity of the few Abstract: The disasters of selfishness. Hunger, thirst, illnesses that involve the vast majority of...