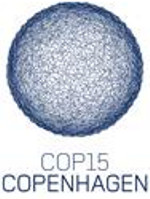 The Copenhagen Accord has proven beneficial to the efforts of achieving the target of limiting global warming to two degrees Celsius. Since the climate conference was held, countries have pledged to reduce their greenhouse gas emissions. These pledges could realise up to 70 per cent of the greenhouse gas reduction that is needed. However, the risk of the actual reductions being less, is substantial. Thus is the conclusion of the report Evaluation of the Copenhagen Accord: Chances and risks for the 2 °C climate goal, by the Netherlands Environmental Assessment Agency (PBL), conducted at the request of the Dutch Ministry of Housing, Spatial Planning and the Environment (VROM) and the European Commission.

Many countries have now submitted their reduction pledges to the United Nations Framework Convention on Climate Change (UNFCCC). The industrialised countries have committed to new targets for 2020 and, for the first time, so have seven fast growing developing countries (China, India, Brazil, Mexico, South Africa, South Korea and Indonesia).

The PBL calculated the combined effect of these pledges, and concluded that this makes up sixty to seventy per cent of the emission reduction required for achieving the target of a maximum temperature rise of two degrees, globally.

If all countries were to adhere to their maximum pledges, then annual global greenhouse gas emissions would come to 49 billion tonnes, by 2020. Without the Copenhagen Accord, this emission level would increase to up to 56 billion tonnes. By the year 2020, according to the IPCC’s panel of climate scientists, global emissions must not exceed the amount of 44 to 46 billion tonnes, in order to remain below the two-degree target.

Between pledges and the reduction level required for achieving the target is a gap of 3 to 5 billion tonnes. The PBL has calculated the results from a number of measures that, added together, would suffice to bridge this gap. Under this scenario, China and India would have to implement their national climate policy, which exceeds their international pledges. Emission reduction in international shipping and aviation sectors would become mandatory, industrialised countries would be limited in including reforestation in their greenhouse gas reductions, and deforestation in developing countries would need to be halved. Finally, industrialised countries would have to up their pledged reductions of 18 per cent to 25 per cent, compared to 1990 levels.

The PBL warns of the sizeable risk of greenhouse gas emissions being reduced at a lower rate than was agreed in the Copenhagen Accord. The political climate in the United States, where the senate still needs to agree to a climate bill, is unstable. The EU countries and others have submitted conditional high pledges. A reduced US reduction target could cause these countries to opt for their lower pledges. Ongoing discussion on regulations surrounding the climate administration forms a threat to the two-degree target. The discussion, among other things, deals with the question of how to make sure that climate measures in developing countries are not counted twice (in both the developing country and in the country that has paid for those measures). And, finally, the use of old surplus Russian and Ukrainian CO2 rights (hot air) could lead to additional emissions of up to 1.5 billion tonnes.